Blog Home / Our Family / Behind the Scenes with CNN

Behind the Scenes with CNN

“We had an idea but nobody was ready for the impact. When we told Charlotte’s story, so many things changed. The mindset around cannabis started to change overnight.”

That was more than six years ago. Charlotte Figi was a little girl. Now, she’s about to become a teenager next month. While the mindset started to change quickly, it’s been a wild ride since then. This summer, the brothers were joined again by Dr. Sanjay Gupta for the CNN special, Weed 5. We wanted to bring our community behind the scenes to read some of the full interview.

The episode showcases the good and the bad of the CBD industry today. Dr. Gupta asked questions that every consumer should also be asking about CBD. While honored to be featured, we’re also grateful for the investigative reporting on a growing industry that is everywhere right now.

When talking about the quality of Charlotte’s Web as it relates to the CBD industry as a whole Sanjay asked Josh, the oldest brother out of eleven kids, “How confident are you about the safety of Charlotte’s Web?” He explained, “Anytime you’re dealing with plants you’re dealing with anything in the soil in your final product. A beautiful attribute of hemp is that it brings in the goodness of the earth in its growth. But it’s imperative to know what’s in the soil, the water… to avoid any potential contaminants.”

This point was echoed by each of the brothers at some time during the three days spent in Eastern Colorado. It’s fun to see them out in the greenhouse or the fields, as each brother touches the soil, examines the clones, goofs around with each other and the rest of the Charlotte’s Web team. But beneath their playfulness is an ever-present watchful eye over each step of the process.

The brothers often speak about what it was like when the first CNN episode aired. They joke about the hard times but get serious when talking about the gravity of their challenges starting Charlotte’s Web. “Scaling this business felt impossible at times. We couldn’t get basic business services. A building. Land. Credit cards. We had a list of people waiting, but we couldn’t do anything. It was one of the worst positions in our lives.”

Josh continued to explain their first season trying to scale the growth. “We couldn’t afford labor to plant. The seven of us couldn’t plant enough hemp for what we knew was needed. So the moms and dads on the waiting list came out here and helped us plant. A bunch of filthy brothers, a hundred degrees and they were here [in the fields] planting clones.” When asked about the hardest year they’ve experience Jordan talked about 2014. “We had no financing. No equipment. No crew. We were hand planting. I put myself in a wheelchair that year. All the bending over, the weed control by hand. Living in our greenhouse. Sleeping in the fields. It was eat, sleep, and work.” Brother #2 and the company’s first CEO, Joel, chimed in that Jared also threw his back out that season.

As Jared tells it, “That first hemp crop after the first CNN episode and the signing of the 2014 Farm Bill was do-or-die for the brothers. We had thousands of desperate families on a waitlist. We watched the hail storms off in the distance pass us by. We watched bad weather move around us. Animals and insects left the crop alone. It was very stressful, but we pushed through.”

Dr. Gupta inquired, “What kept you all going?”

A rare pause of all seven brothers at a loss for words. Finally one chime in: “A greater purpose. We could’ve done other businesses. But seeing Charlotte. That keeps you going when it’s hard.” They all nod in agreement. “The highest honor of our life is to know that a solution our hands touched is helping people live better.” 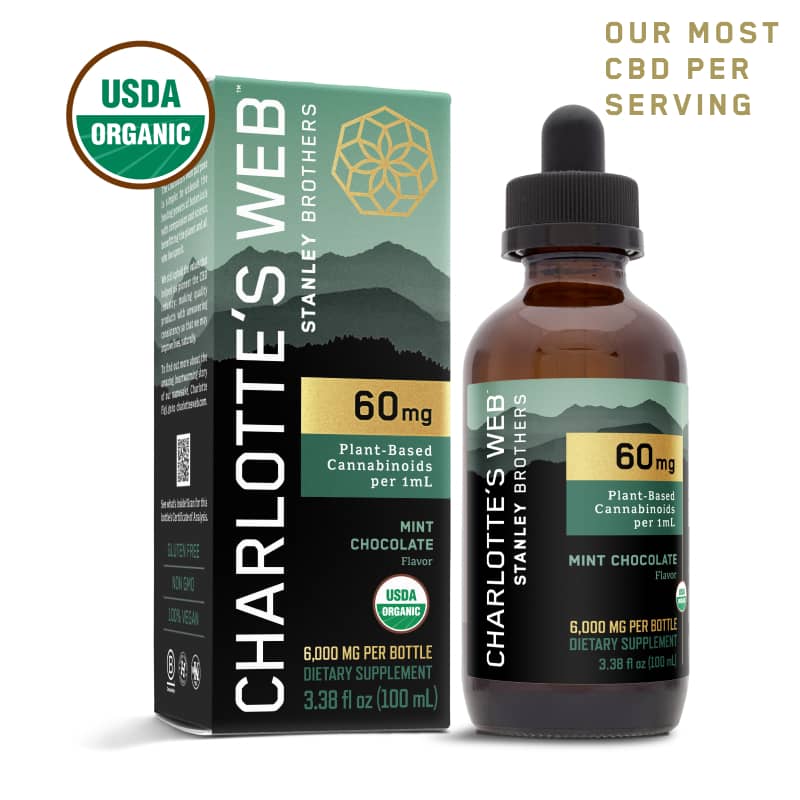 By the courageous act of living, Charlotte changed lives, expanded hope and shattered expectations, and her impact spans the globe. Read More

Two years after she left us, our beloved Charlotte's light still shines brighter than ever. Read More

Learn more about the benefits of our new daily wellness gummy 3-packs and how to incorporate CBD into your daily routine! Read More